Attorney’s Fees for the Wrong of Another 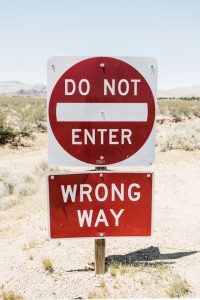 Most states, including Colorado, follow the American Rule when it comes to awarding attorney’s fees. This means that attorney’s fees are not awardable to the winning party in a lawsuit unless a contract or statute allows it. Attorney’s fees are also awardable for certain constitutional claims. The doctrine of wrong of another is a further exception that allows an award of attorney’s fees in some situations. When a party is forced to engage in litigation to protect some right or property that is unlawfully threatened because of the actions of the defendant, attorney’s fees may be an element of damages.

When a party is driven to engage in litigation because of another’s wrong and it is reasonably necessary in order to protect a legal interest, the costs he incurs may form the basis of a claim for damages. Courts focus on whether the underlying claim arose from the actions of the parties then litigating it or if instead the dispute was thrust upon those litigants by some third party. Where the doctrine is invoked in connection with a larger dispute, courts also focus on whether the wrong of- another damages can be “conceptually distinguished” from the remainder of the underlying dispute. The plaintiff must be able to show that its claim is premised on a “distinct core of facts” and “premised on distinct legal theories” and that this subset is “uniquely traceable” to the defendant’s alleged wrong.

Unless a party is truly required to litigate with the third party to protect its interest put in jeopardy by the tort of another, attorney fees are not recoverable. The wrong of another doctrine usually comes up in quiet title actions. However, it can come up in certain tortious interference claims. I recently had an oral argument in the Colorado Court of Appeals on this issue. While this the type of claim that come up often, it is something to consider if the facts support it.